Data scientists have some the funnest tools, and I found a good write-up of a few more I didn’t know about called 7 command-line tools for data science. The first thing the article mentions is a gem called jq.

I found jq to be especially useful for formatting JSON in vim. So, before ado can in any way be furthered:

There you go, ladies and gents — a command so short, you don’t even need to put it in your vimrc! 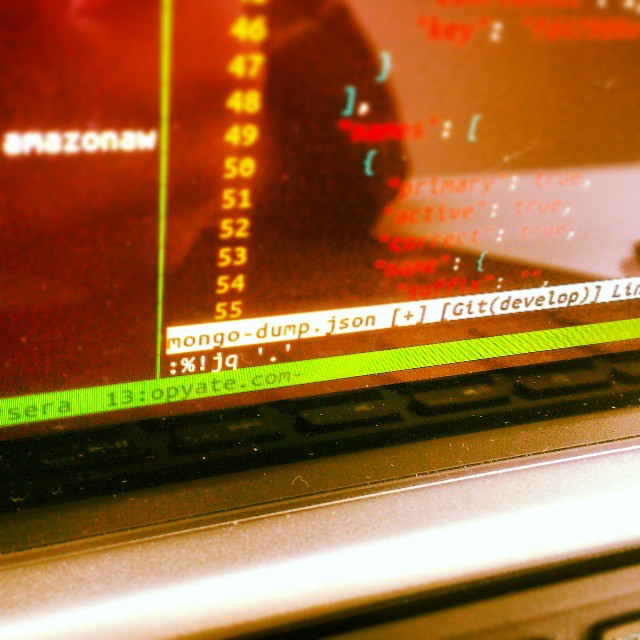