Right, let’s see if I can whip up a quick review of 2016 while my eldest frustrates herself by trying the difficult task of balancing all her toys on top of each other.

The big highlight was obviously the birth of our second. This one looks like her mummy, and she’s a lovely little smiley thing.

The one big project

As always, my head was filled with creative little nothings, but no time to give them all an outlet. I’ve made one creative thing my focus this year: make a game.

I’m not single and child-free anymore, so it will take a lot of planning and compromises to make this happen.

Step 1: Go down to a four day week with contracting. Initially, this is to help with extra childcare, but Fridays will soon be dedicated to working on the game.

Step 2: Prepare a creative space. I’m now in the luxurious position to leave my tools out. Things like my MIDI controller, Wacom Intuos, and loads of notebooks, pens and watercolour.

Step 3: Make throwaway games to learn more about game-making and get to know the community.

Development started in April, but I have only recently finished off the core game mechanic using placeholder graphics. Updates will follow, so stay tuned .

They walk among us

This has been a politically interesting year, and I want to stick my head in a dune somewhere. I thought I might be able to get away from evil at work, but more and more I’m drawing this conclusion:

Finance bods should just be given computer games because that real game they’re playing is messing with real lives.

Gone are the days when banks only did honourable things like financing a potential increase in production. Paypal not so long ago introduced Paypal Credit, and the hero image was a happy family of sheeple salivating at their new larger TV. I don’t know about you, but TVs don’t epitomise productivity in my book.

A recent client of mine was Allied Royal Bank (thanks, Sebastian Faulks) - the one we all own now as taxpayers. They were recently in the news because they squeezed small firms to death to boost profits.

I talked to the permanent staff at my proxy firm about this. How do you guys feel about this? Do you have a psychologist on retainer to help the more humane among you deal with this? The answer was no: you get into finance knowing all these things, and you go with the flow. I held back a bit when I heard this, remembering that my dad was ruined by financial collapse.

Meanwhile, I’m trying to surgically remove myself from this industry without starving my family. Cue four day week and a more artistic outcome.

Having lost my real-world identity I make every effort to maintain my virtual one, whatever form it takes. It’s not like Denmark/Netherlands with its thousand years history where if you grew up there you have a very core idea of who you are. No. My ancestors went to South Africa from Britain and the Netherlands, muddled about a bit, and three to seven generations later I can’t go back because I can’t claim ancestry.

This man is an island. I define myself. I don’t have a history book I can point to - only my breadcrumbs. My grandfather died when my dad was six, and now my dad isn’t here anymore either. It doesn’t leave me with an awful lot of father figures to talk to.

Having stuff in separate silos or on different domains felt like I was tearing my identity apart. Silos are also ephemeral. Having since dropped Facebook (and/or iPhone?), I don’t have access to all those old Hipstamatic photos either, for instance.

I spent some free moments over the past year trying to build something akin to Tumblr to support the various forms of content one can come up with: photos, reviews, short-form posts, long-form posts, and so forth.

It started with a hacked Jekyll. Feeling the architecture too constrained, I made a new static site generator with Racket. Why all this new code? I thought. I then found a better Jekyll and hacked that. At this stage, I felt that static site generators aren’t the way to go. I needed real-time. Enter Ghost. Albeit with a custom theme, because not everything is a blog post.

It does feel and look like the stream of consciousness I always wanted: 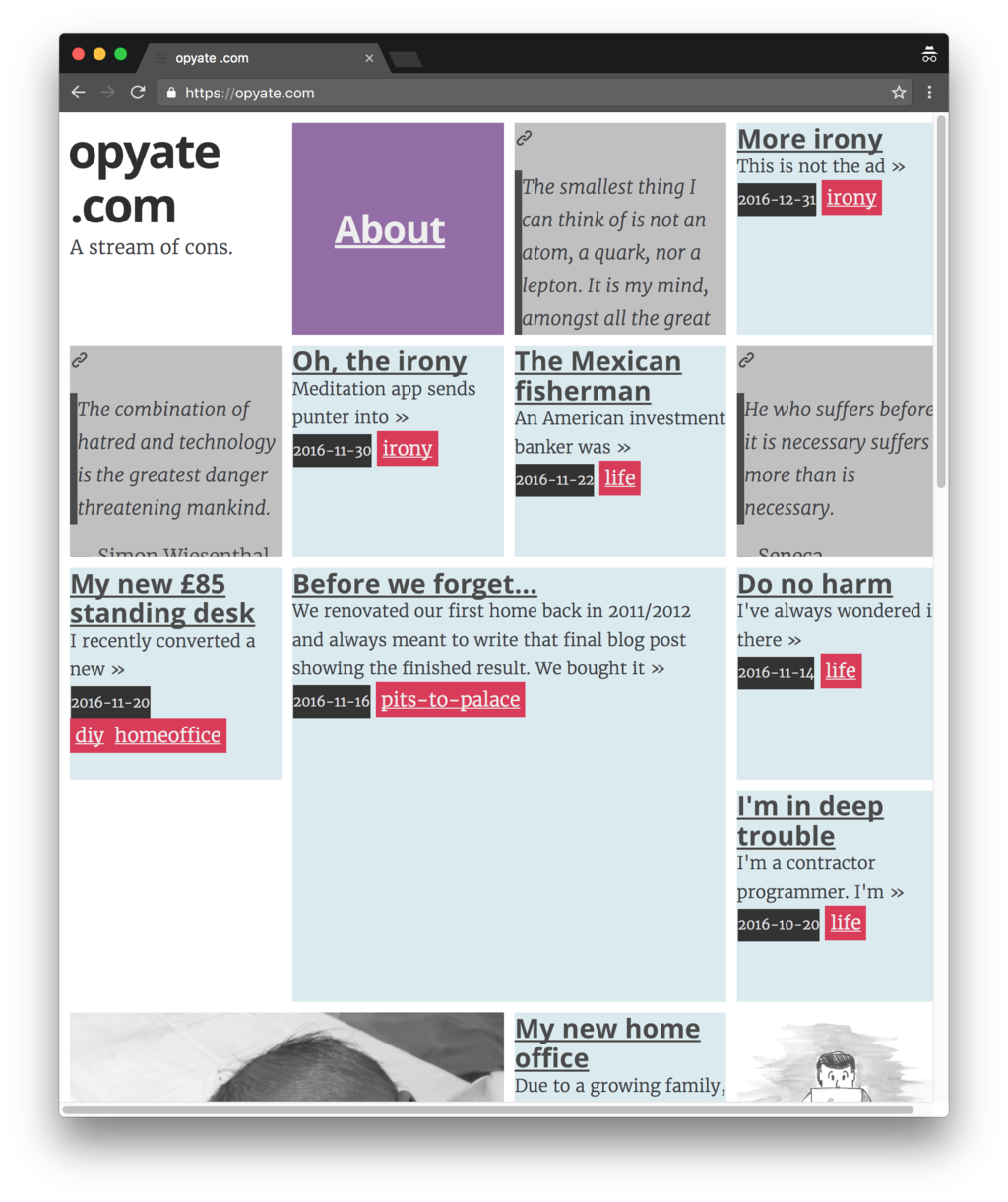 Now, when a radio DJ announces a name, my mind fills in “has died”. A breathe a sigh of relief when it isn’t so. Also, there’s been a lot of terrorist attacks in capitals all over the world. With London celebrating NYE tonight, I’m praying.

When someone plays that ABBA song again, however, I’ll be the one going postal.

I used to also mention the tech which excited me, but nowadays I just use whatever to get the job done and have no emotional attachment to tools anymore. It has to be about the product now, not the tools nor the process.

Merry Xmas and have a joyous new year. 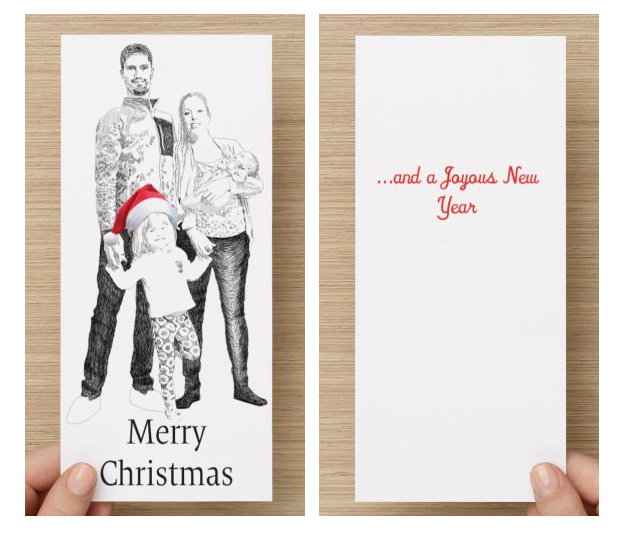