ComicBot is a continuation/evolution of a script I once made to automate my version of The Angriest Dog In The World.

Step 1, domain bought: comicbot.co (isn’t that where we all start?)

How does it work?

You send comicbot an email with a body like this:

#1l means panel 1, left and it will put that sentence in a speech bubble next to the character on the left. All the coordinates are set up beforehand in the template.

The subject is the template you set up beforehand and want to use, e.g. “t1”.

It is made with Zapier (for starters). You use the email integration and get to send emails to something like [email protected], upon which you parse out the text with Python, then post to a Tumblr.

A few tests runs here and then finally settling on a semi-official (and terrible) comic here, called:

And, then this happened.

Here’s a sample, in case that Tumblr disappears: 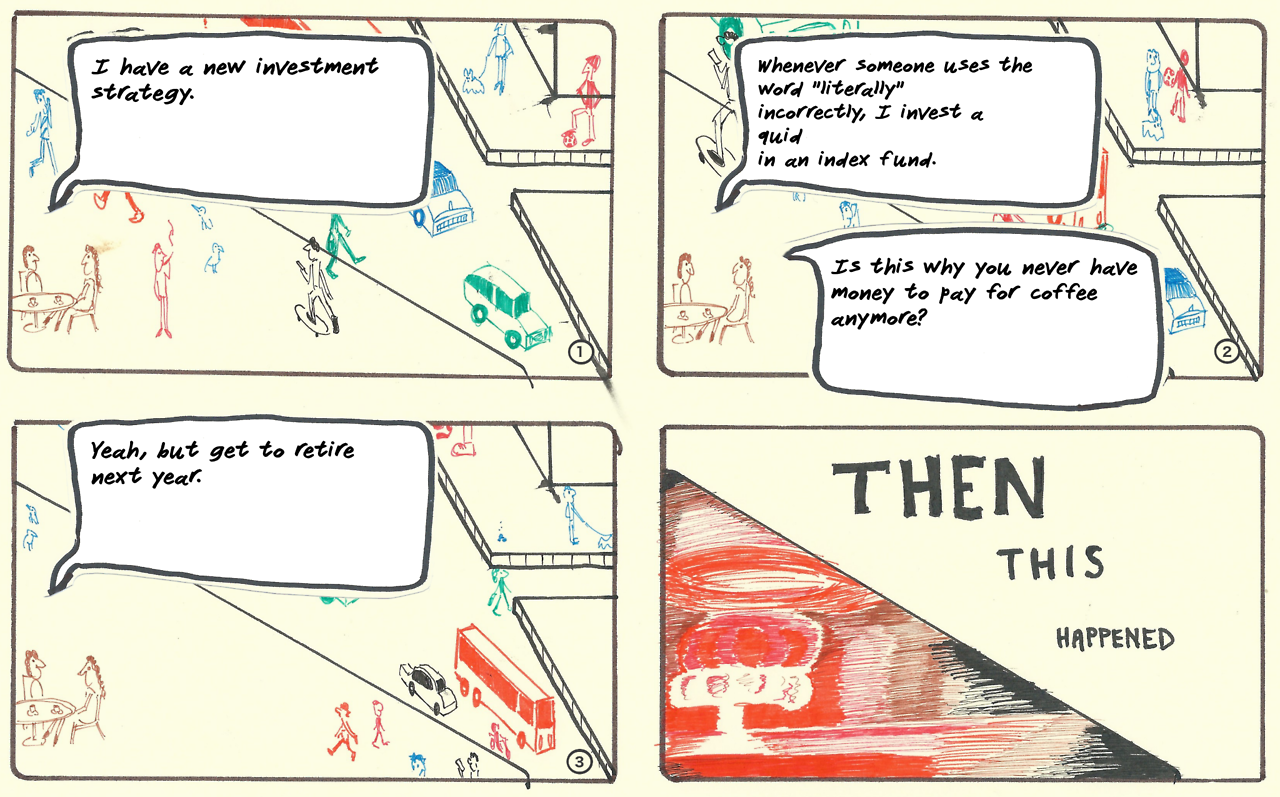 I’d like to move off Zapier, take control of the email parsing, and offer this as a paid service. I’ve spoken to a bunch of people who’d like to start a web comic, and either can’t draw well, or who don’t have the know-how on setting up a website.

To scratch my own itch, mostly. Inspiration strikes you at the worst of times, so how nice would it be to whip out your phone and create a comic with an email?

EDIT 2020: comicbot.co is now defunct. It’s trickier to parse email than I imagined. I might just make a mobile app for this instead one day.