A visual sketch for a game world design

The assignment for week 2 for CalArts’ World Design for Video Games asks us to find some visual inspiration for a game, creating a visual sketch of a world you want to create, focusing on style, mood and ambience only.

You are also asked to write a short paragraph describing your vision for your world, and how the visual elements fit together or connect.

I’ve always wanted to make a game similar to Jones in the fast lane. I.e. your avatar tries to get a leg up in a very competitive world. You go to college, get a job, try and remember to eat and stay healthy. Almost like an old version of The Sims, but focused on one playable character, with more attention paid to the career ladder and riches acquired. You run around like a headless chicken from college to work to the shops and back home to study and eat and sleep and the cycle repeats.

I’m picturing a drab city, with lots of grays. Your character is new in the city, and the only colourful thing (e.g. bright yellow). You want to “make it” in the world and start partaking in the rat race. The city has Art Deco architecture, to make us feel like we’re at the start of the Roaring 20s where we have financial prosperity, and the world is your oyster. (We’ll also later learn that all this hard work is for nothing, as the Great Depression is just around the corner.) The struggle to climb the career ladder is accentuated by initially having to work in the rough parts of town where we have architecture more akin to Brutalism, with smog from nearby factories, and buildings looking like they’re in a state of decay as the acid rain washes the muck and rust down the concrete walls. (I know Brutalism came after Art Deco, but this is a fictional world, right?) As you climb the career ladder, make more money, move to better parts of town, etc, you witness your character losing their colour, acquiring wrinkles, dark rings around the eyes, and generally looking stressed. You can undo this aging and colour-losing process by shunning city life and going out to the country, or doing good, selfless deeds, even if it means you have to work less and forego a promotion, and a larger pay cheque.

The world will look cartoony, for various reasons:

1920s, the roaring 20s. I’m thinking Hank Rearden from Atlas Shrugged trying to make his steel business thrive in a land where everyone is against you and everything seems to go wrong. Art deco, maybe? 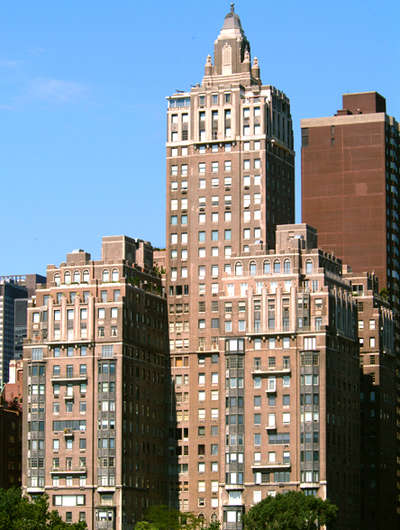 It can get hot and stuffy in cities, and then pour with rain a minute later. The drab areas of the city, where the character first starts out, could have brutalist architecture which didn’t age well in the rainy weather. However, brutalist came after art deco, but hey - this is only a game.

There’ll be a lot of smog too, at least in the crappy, industrial areas. 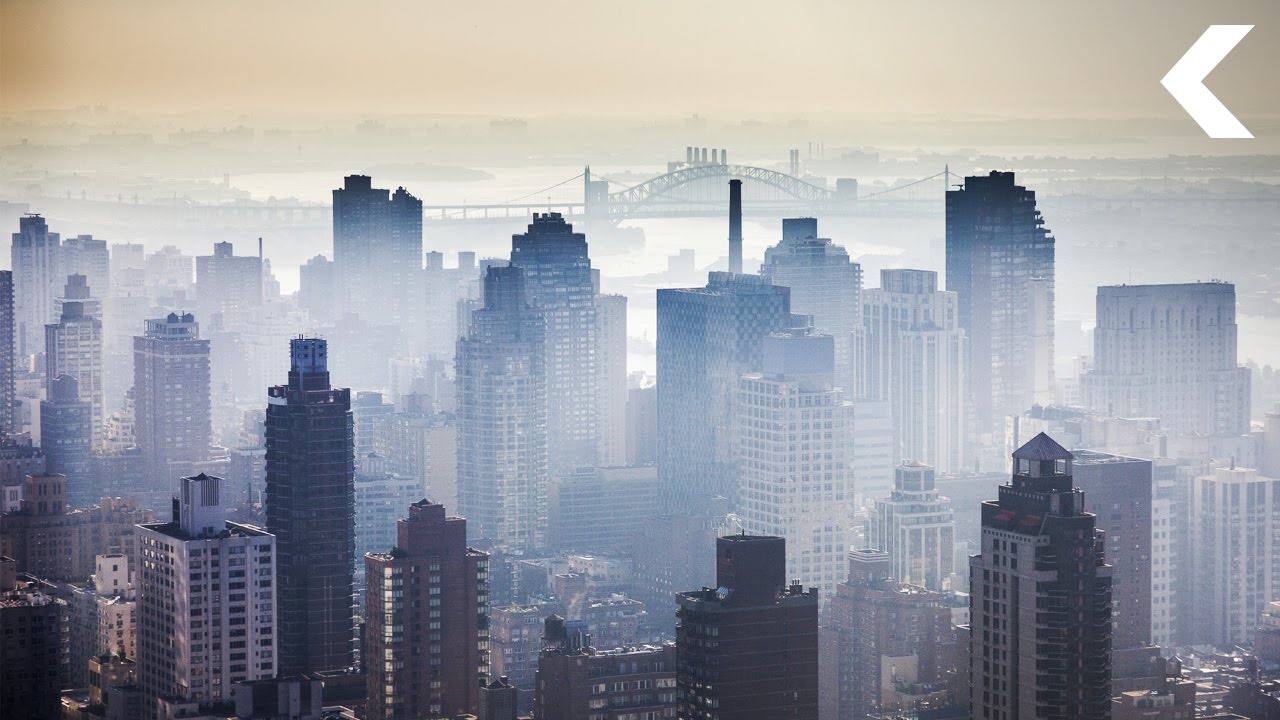 The city where you work and live could be interesting and be European, with odd layouts. Or it could be American and have grid layouts, Maybe the latter, as it creates a sense of rigidity, i.e. you’re not here to enjoy life, you’re here to be in a rat race, and these straight streets won’t distract you from your goal.

In fact, I’ve made a prototype of this game where it uses a grid layout, but a European layout might offer some nice variation, especially in later levels where you might get promoted to CEO and transferred to different cities which are “nicer” and offer better quality of life, which is something you can come to expect as you become more successful.

That all said, I want the game to have a cartoony look, as it can’t feel too foreboding. Perhaps I’d be able to strike a nice balance between cartoony and gloomy.

I want the player to feel a sense of defeat at all times, even as you get more successful and make more money. The world is going to end soon (e.g. Great Depression, or some other calamity), so what is the point of amassing riches? I want the player to realise at the end that a rat race is best avoided, and you should rather seek out a good and meaningful life, surrounded by green and nature.

Perhaps the world can be a bit grayer, and the character can be the colourful item in the game, perhaps like a beacon of hope. Even better: the character starts out as gray as the world, as as you shun city life and try to find more meaning, and go out to more green spaces, your character can start being more colourful. 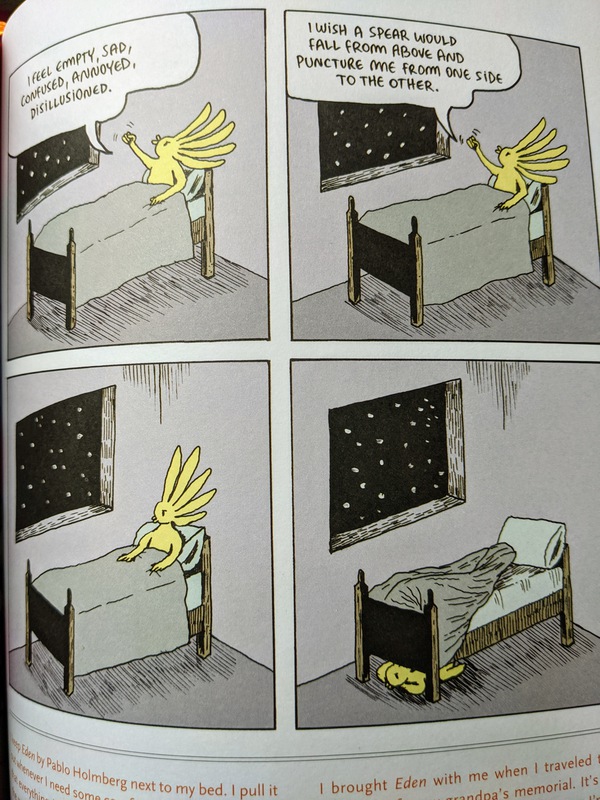 This image is from Eden by Pablo Holmberg, taken from my copy of Drawn & Quarterly.

I have previously designed games “from the void” i.e. just using the inspiration already in my head. But it’s definitely very valuable to scour books, the web, film, TV, theater, etc for inspiration. You might stumble upon new things, and end up throwing your old ideas out completely.