Fellow student Will wrote a post called desert island disks, and asked for ours. Here goes. 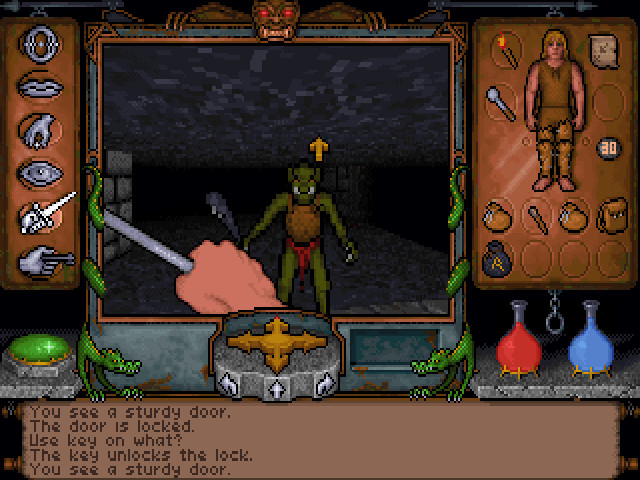 The Stygian Abyss was my favourite game as I entered my teenage years. I would think about the game whilst at school, drawing underground worlds in my notebook until the closing bell. Then I’d rush home, but having a feeling of dread at the thought of going into the scary dungeons yet again.

It was the first first-person 3D game I ever played. Even playing Wolfenstein 3D afterwards didn’t live up to it, even if released 2 months after - Wolf 3D’s gameplay and viewpoint was limited to a single plane, I guess to make the game faster, whereas you could look up and down in Abyss.

There were 8 very large underground levels to explore, but I remember it feeling like 50.

It’s infinitely replayable, as you can create different characters and find a different way through the dungeons every time.

Not only did I and my late father play a lot of actual golf when I was young, but we played a lot of Jack Nicklaus too.

Everything about the game was great - the long manual which taught you how to design courses, the beautifully colourful and embossed box, and of course the game itself. Having more time than my dad, I would make him a new course once in a while.

I have to add, though - my favourite memories of my dad is not playing the video game together, but finishing the 18th hole every Saturday just to kick back at the club house with a basket of fries and a basket of chillies, him with a beer, and me with a not beer. 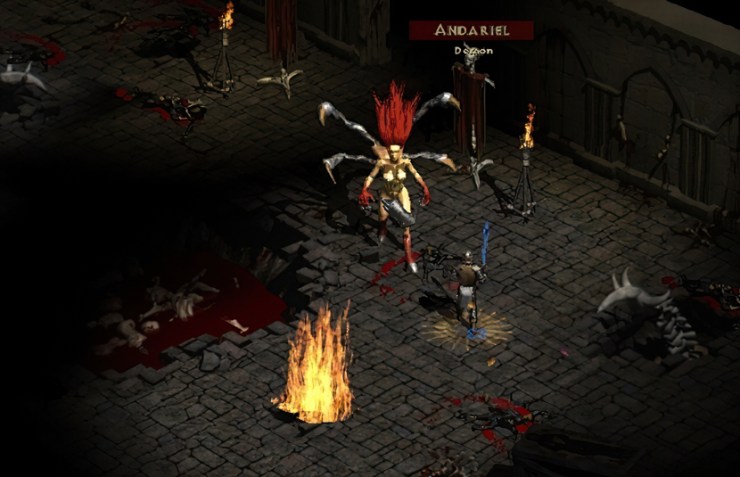 Diablo II hit me during my uni years, which means my grades weren’t as good as they ought to have been. I used to hear the haunting game music in my head whilst in the lecture hall, or studying at my desk. I guess the same way I used to see Tetris when I closed my eyes many years earlier as a SNES fanboy.

Again, infinite replayability, as you can create different characters with different traits, and the wilderness and dungeons are generated. It reminded me so much of Pagan which I played endlessly a few years before, but it was so much better.

Dune II was easy to beat - you just had to build a path all the way to your enemy base, and they’d attack the path instead of you, while you flanked them. Z was punk-rock fun, which suited rebellious teenage me perfectly, but it lacked resource management.

I guess that’s why I love Red Alert II so much. It’s perfectly balanced, and the cut-scenes were hilariously hammy.

For a brief time after uni, I was a struggling musician, living in a house with my bandmates and some of our actor friends. (In retrospect, how did we all ever manage rent!?). In-between gigs, band practice, or writing songs with Cakewalk Pro, life was made of Red Alert II. Happy days.

OK, now here’s a game I’ve played a few times already, and nothing comes close. The mood is undeniably oppressive cyber dystopian future - I was getting through a lot of William Gibson at the time, so the game gave me an outlet to exist in a similar world. I have a bit of an obsession with “cyber dystopia” games, Syndicate being a favourite from a few years earlier.

I even pretended to be a hacker once and attended the Johannesburg chapter of the 2600 meetups (I did again a few years later in London, and made some good friends). But, I have to say, it was more fun being JC Denton than sitting in a mall cafeteria with a bunch of shade-wearing dudes (they might get “recognised”).

You could bomb and blast your way through a game, and try it as a lock-picking stealthmeister in your next run. You can mod weapons, you can mod yourself. NPC interactions really meant something. The world felt alive.

Similarly to Will, my list has very good replay value. There are other favourites, like Half-Life 2, StarCraft II (I see a sequel pattern emerging…), Disco Elysium… But the games in the list above were formative in a sense, and gave me my fondest memories.

What are YOUR desert island disks?