Docker this, Docker that.

Ever since Ben Firshman introduced us to his side project back in 2013 at the Land Registry, I’ve been hooked on Docker.

Also, since treating myself to a new HDD for Xmas and installing Arch Linux, I felt the need to keep concerns separate, almost like AppImage promises to do. Docker to the rescue, naturally.

Thanks to Thomas Shaw for the head start. More fixes will come once I start Android/WebGL integration, but otherwise, I’m very excited to use it more. In fact, I told someone for the first time today what my game idea is all about, and he nodded appreciatively. Note to self: enough reading, and more coding!

Thanks to Omer Zak for the head start. I discovered this repo two days after Omer made it public, and an email to-and-fro ensued, in which I suggested this and that. Apart from wiring the IoT, I think that being able to program the one thing you have with you all day is quite valuable.

It turns out I had a good week. 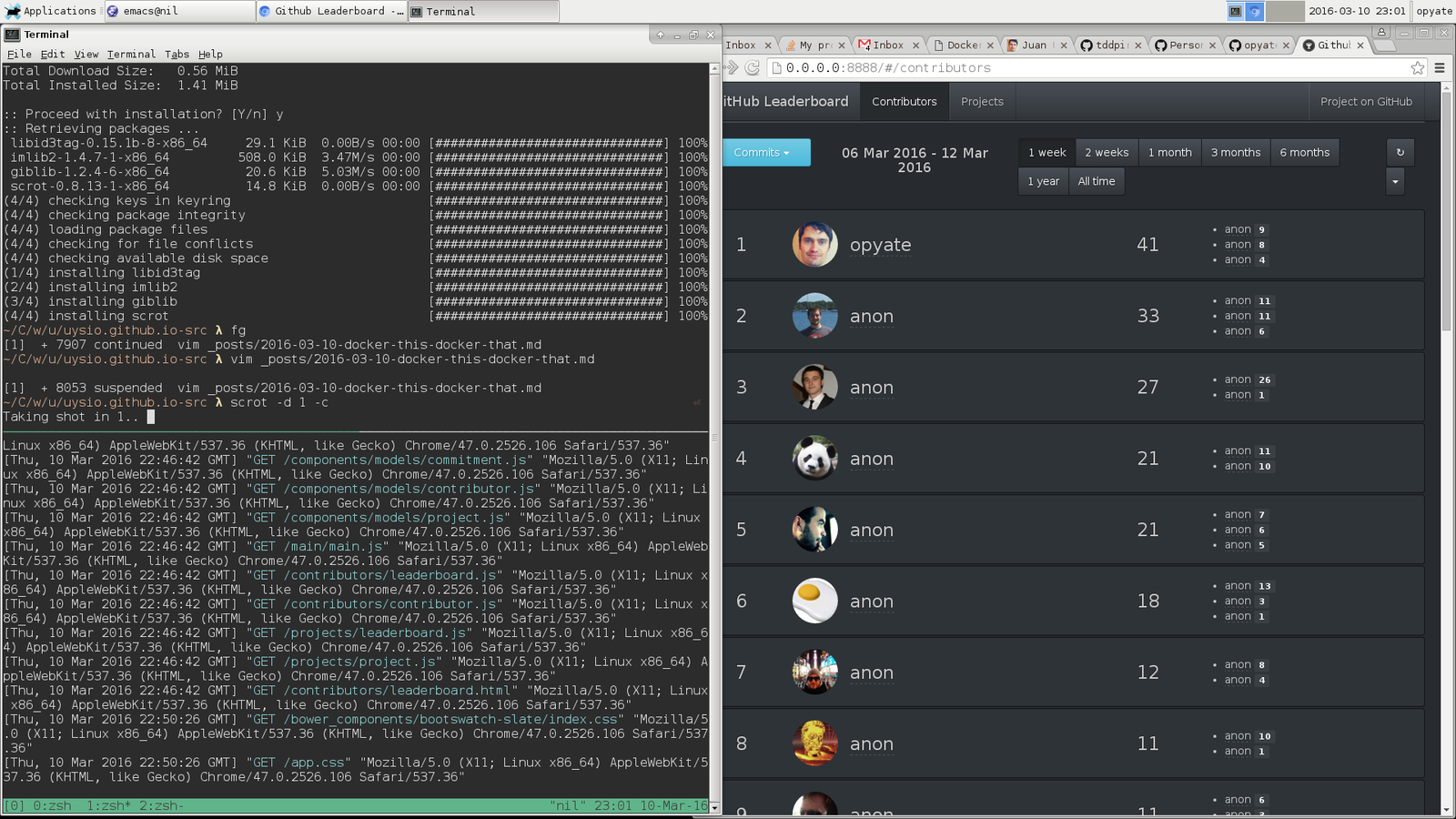 « Ajax: when was your first time? ™ Using Clojure with Unity3D inside Docker »
Copyright © 2002-2021 Juan Uys, (source code for this website). Updates via RSS or Twitter.